TWO STARS AND A MOON-8

The next day Preeti made a freaky plan. Preeti wanted to see, up to which extend he would go to convince me. That day she made me wear a gaudy pink dress against my own will and forced me with everything in pink. She knew boys conventional perception regarding pink color.

We went for the bus as usual. I was looking like a strawberry-syrup ice-cream and was afraid of tempting little girls to have a bite of me. It was late but Arnav hadn’t arrived till then. After a while when the college-bus was visible far away racing through the other vehicles, I got tensed. What happened to Arnav? Is he okay? Yesterday’s coffee didn’t look that bad to harm him so much.

I looked at Preeti but she was also clueless. The bus arrived and the boys started to get into it. My heart was sore. I hopefully glanced into the other end of the road and there I saw Arnav was running towards the bus-stop. He extended his hand signalling to stop the bus for a while. I got into the bus and peeked out of the window to see him. He sprinted across the road and stepped into the bus with thumping noise.

Sweat was furiously dripping from his forehead and his breathing was rough. He crossed us to the last seats where his friends were sitting, hollering at each other. I watched him crossing me silently. He wore a flashy pink shirt and black jeans. The shirt looked old, faded and wrinkled. It did hurt to see him like that suffering just to prove a simple point.

We were pretty sure after this that the matching clothes were not the coincidence but just a simple signal from his side though we had no idea how did he got to know what I was to wear everyday. Did he get some agent behind me? Or he is psychic.
Preeti sniggered quietly. “He looks yummy..” She said while imitating with her tongue sexily swiped over upper-lip.

“Come on Preeti.” I scowled at her. “Now for your stupid idea he has to move whole day wearing that pinky-pomp shirt. You knew that he would wear it any how. Is it fair to assess someone this way?” I looked Arnav. I seriously loathed myself for this. I held myself responsible for this creepy situation. I felt sorry for it whereas he was composed and easy, not at all vexed of it.

But I had to pay for it too. The more we put him on test, the more intense and bewitching his gaze grew towards me, wildering my feelings ensconced for him. As if he could hold me with his engrossing angular eyes wandering with me everywhere I went. I was captivated by his irresistible poised demeanour. Like dark deep sea I was merging inside him little by little. The more I tried to escape from his lure, the more tangled I found myself.

A single shot of him was enough to melt me like wax on fire. It had an airy restraining effect that refrained myself from me. I had lost my sense, thought, defence, preferences, taste even my heart to him and never knew even after losing all of these, anyone could touch the sky of happiness.

I was somehow convinced that he would speak out his emotions soon. Preeti had even prophesised that the event would be the party he was having on Sunday.
“Or else what’s the need of inviting you to that party?” She told, occupied with her own thoughts.

“ Friend? Then does he personally invite everyone taking them for coffee?? And don’t forget he said it’s special.”

I nodded at her approvingly and crossed my finger under the chair hiding from all and praying the prophecy to be real soon. I was getting unbearable for me to keep the emotions covered. The muffled voice of them was vanished and they were whooping inside me. They wanted to be unleashed, they wanted me to run to him and fall loose cradling in his arms. They wanted to be embraced, bosomed and kissed in his warmth.

I was counting every day on calendar, pleading at each day to pass faster. Somehow I made it till Saturday, an evil Saturday when I had to leave the town.

“Are we all supposed to go?” I asked Mom. Of course there was pressure from family or else I would not even step out home.

“Of course.  She is your father’s aunt and really close to him. Or else he wouldn’t ever hurry us for this trip.”

“Still then..I have my exam tomorrow, Mom.” I lied to her. Though it was no less edgy than appearing boards.

“Then I’ll tell your papa to talk to your teacher and after that you return home, you will appear the exam.” She stroked my cheek and again got busy in stacking clothes inside a big carry bag.

“But..can’t I stay with Preeti? I promise we won’t do anything demented. ” I tried to convince her with my sad puppy eyes. But that’s my mother after all. She knew when I pretend something to her.

“No means no dear. I have told you. Now get me clothes you want to take.”

“Hmm...How many days are we gonna stay there?”

“Four to five days at max.”

“Can’t we reduce the days? I mean can’t we return by tomorrow evening?”

“Tomorrow? Yeah ,we could only if there was an aerodrome in that village where we would land in your private jet.”

“No my dear, it’s not possible. At least it will take three days. And if her condition deteriorates then we may have to extend the trip.” 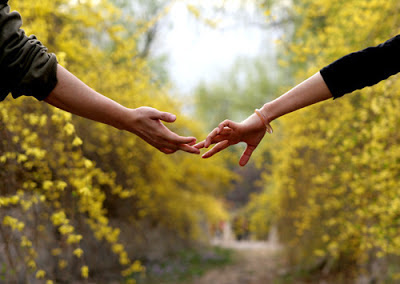 I returned to my room and dialled to Preeti.

“ What?” She was as surprised as I was sad hearing the news.

“What do you mean by you can’t? You know that tomorrow is a day you were waiting for a very long time. Now when it came, you packed bag for outing? How ridiculous!”

“Not outing Preeti. It’s my father’s aunt breathing her last. I have to go with them too.”

“Can’t you stay with me? I’ll come over there and take permission from your parents.”

“I wish I could. I tried for it too but mom didn’t agree at it. She said we all have to go.”

It was hard for me to decide. In the same night we boarded into bus. All the way I was only thinking about Arnav and staring out through the window at the bright gibbous moon hazily illuminating the running sideways.  How would he react over my absence in party?

I had told Preeti to convey my personal apology to him and tell him how much I wanted to be there and also to inform me everything happened in the party. I didn’t want to ruin Arnav’s mood. So I kept silence and let Preeti to handle everything.

My father’s aunt lived in a remote village of south. It took us to change two buses and in total thirteen hours of journey. At the end of the journey my legs were cramped and sore and my mobile had no network. The village was supplied with low-voltage electricity and was almost swimming in dark. I could barely make out my path without slipping on cow-dung.

As we reached there, my father’s respected aunt of ninety years was bed-ridden. I felt pity seeing her wrinkled skin and emaciated body. She looked fragile. But within next few hours she charismatically got well. Everybody said it was my father whom she was missing to hell. But they had no idea what it was for me to miss the party and Arnav.

Even after going to every possible tall point, it was hard to get a proper telephone signal on my mobile. For once I thought of climbing up the coconut tree but then again it sounded too riskier. So as devastated and harried freak, I sneaked to a telephone booth of village.

There were four people in line before me. I waited there for twenty minutes before I got to hold the antique round headed phone-receiver.

I dialled the number to Preeti. After four long rings she received the call.

“Hey Preeti.” I told bringing the receiver close to my mouth.

“Is that Ava?” Her voice was deformed. “Where the hell have you been? I am calling you since morning. What happened to your crappy phone?”

“Nothing. Just this village is driving me crazy. No signal. No electricity. No running water. No roads. No people who doesn’t smell of sweat. Just cows, trees, veiled women and nude kids.”I whined her in English. Some people waiting behind stared at me in perplexed manner showing their tobacco stained teeth.

“By the way, howz the party going?” I asked her.

“It was nice.” She replied.

Was nice? “Aren’t you at party right now?”

“Why? What happened? Is everything fine over there?” It got me really tense.

“Yeah.” She slowly replied. There was something strange that had gripped her words.  They were suppressed and low. I sensed something not correct. I could tell at that moment that she was hiding something from me.

“ Preeti! Are you seriously alright?” I intriguingly asked.

“Yeah. I am perfectly well.”

“Then did anything happen in party?”

“Nothing serious. You just come home soon. We will talk.”

“Preeti. Tell me what is it. Did that bitch say you anything?” It was a chance with high possibility.”

“Nothing dear. You come home. I miss you here.” She was depressed, I could bet on that.

“I miss you too Preeti.” I miss Arnav too.

I heard shouting people asking for their turn.

“Okay Preeti. I’ve to go now. I am trying to get out of here as soon as possible. But I don’t think it will be less than two days. You take care of yourself and take some rest too. Stop jumping around like monkey. Save that part till I come home.”

I disconnected the phone and paid the owner.

While on my way to home, I kept pondering over the conversation with Preeti, analyzing each word she said, trying to steer out any clue. What could have happened in the party? The thought bugged till end.
Posted by Namrata at 12:35 AM