He ambled through the crowded road that was chained around the lake side. Worn out shoulders returning from office in hope of some relaxation lingered  the road as if a glimpse of simmering lake will bark out the tiredness from them. Couples roamed around, hands in hands whispering each other in ears and laughing a heartfelt laughter. But all these felt weightless before the storm churning inside him. He clenched his stomach, hard to restrain the emptiness that was growing powerful each moment. But he would have to wait some hours till it is dinner time. Though he is not at all remorseful for giving away his lunch to the new kid. After all she looked wean and was new to their orphanage. Not so adapted to the deficiency of dire need. But there was something more unsettling going inside him. A question kept hunting him from past few days. A bewilderment that no one had solution to. Who does he belong to? 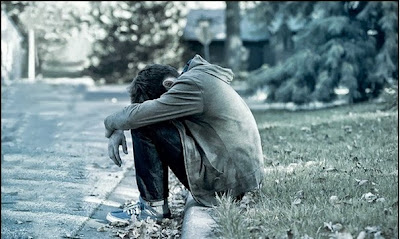 Long, strenuous voice came floating in the breeze from the mosque on the far left of road. A moment later earthshaking, heaven-shattering chimes of bell and clinkering of divine brass thin-cups resonated the environment. Some people hurried in and some people started to close their eyes and murmuring something under breath. The orphanage head had told her it is what called as praying. Praying means one remembers their destined God and sings sacred hymns for the Highness. But who is there for him? His orphanage was operated by a missionary where they devoted a lanky man nailed to a large cross on the wall. They called him as Jesus Christ. And they also devoted another kind lady in veil who they referred as Mother Mary. He has been to there often. Every Sunday people visit there with their family. He loved to watch them coming in small group and gather around. But if it’s the prayers then he prefers to sit somewhere nearby the mosque and hear their long prayers. And he loved the whipping smell of myrrh burning in the temple and also the whirring sound of bells. He has been to both of the places. No one blocked his path; no one told him stay back. No one said he belongs to there. Then where does he belong to? Who takes his authority?
Posted by Namrata at 11:01 PM