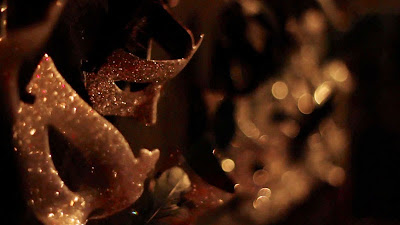 They differ a lot still called with the same name- Stranger.

There was an abandoned government land near by our hostel. It’s just two weeks ago they started constructing a park on it. Right now there are only four rectangle patches of grass is grown out on rippling uneven land. People have started to go there from now only. Yesterday I had some time in the evening. So I thought to have a visit to the new park as hopefully this was a place where I could sit without the rustling crowd and hustling vehicles.

I entered the park. It was in semi dark. Two street lights, on each side, half flanked with bowing trees were enlightening some places. Mostly couples were there, some cross-legged and some lying on each other. May be I was the only one alone there.

I looked out and optioned a place where there was light. I silently went there and sat on the grass. The sword headed grass pinched me but I didn’t mind as it offered lots of loneliness and silence in return. After a few minutes, a guy walked by me. He went into the park, sat there alone, finished his half-lit cigarette and then returned. I noticed his direction toward me, ignored it. I didn’t know him after all and smokers…I don’t have tolerance to persist the stench coming from their breath.

He came stopped before and said “Excuse me! Blah, blah, blah..” The whole blah, blah, blah sentence was in Telugu, a language again I don’t understand.

I looked around. And then checked myself whether I am doing anything wrong. I was holding my mobile in left hand and my bag was slumped next to me shaggily. I was sitting with knees folded to chest and hands banded around them.

“Why? Is there any problem?” I wondered.

“Are you waiting for someone? Why are you sitting alone?”

“No. no. I am not waiting for anyone. I am sitting..just thinking about something. So needed someplace and there is no place in Hyderabad away from crowd and traffic and noise…” I fumbled. I didn’t want to nag about the place.

“Are you sure? I mean…are you disappointed?”

I laughed this time a bit to ease the situation. “Arrey..seriously I am fine.I am just sitting here. Nothing to worry at all.”

“Sure? Are you comfortable here?” He sounded concerned now.

“I am fine. Perfectly fine and comfortable.”

He smiled and hesitated a bit walking backward. “Okay. Bye”

He was a stranger yet he cared and it felt good. It felt good to know that  without any relation he cared for a lonely girl.

Five minutes later another person came in. He at first looked at me and then went around, then came and sat next to me. It was late and I had to go to hostel for dinner. I started to gather myself and left. After that I came out of the park, I noticed something odd. The person was following me. Hell!!!
Just to confirm my doubts I went to a shop and brought some groceries and then went to another shop to recharge me balance. He kept following, waiting and then again following. It was sick. I checked out here and there. But everyone was busy in their work. I was relieved that there were many people. At least he wouldn't dare to do anything. But I hated his trailing. I am no dazzling beauty that all will follow me. And I had no makeup, not even a trace of Kajal. Wearing a very simple dress, no revealing or attractive, just simple salwar-kameez. Still I was in trap.

Why??? I didn’t know him. He was also a stranger but totally different than the earlier one. It was scary.It was scary and disheartening. Can’t we even walk safely now? It’s a question still unanswered.
But here my matter bothersome is that both were Strangers. But both possessed hell and heaven difference.