“What is he?” I asked with utter amazement.

“I don’t know; may be some local band guy.” She doubtfully said.

“What the heck he was doing with me?” 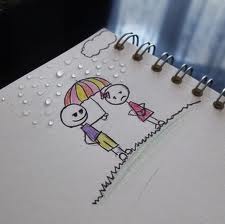 She remained silence. I was so fumed over him that I swigged the whole bottle at once and when I placed the empty bottle, he was moseying toward us.
“Are you fine?” His voice was unbearably deep and mellifluous. Sweat gleamed in drops on his forehead and his longs hair was sticky and dripping. His lips curved into a swift smile in exchange of my constant antagonistic staring.

“She is fine. I think...she is bit....unstable.” After a long cumbersome silence Preeti answered on my behalf.

“Unstable.” He let out a guttural smirk with those words muttered under breath.
“By the way I’m Preeti and she is Ava, my friend.”

“Suits him. Mad!” I grumbled. They both shot disbelieving glances at me.

Preeti’s lips gratifyingly stretched out in a smile while my expression remained unchanged. “That was nice. You play really well.”

“And you sing really well. Better than any professional singer.”

“Thank you. Hmm..can you get up now? I think you are stable now.”

I shifted myself from heels to ground and yanked myself on feet. My legs were frozen out of blood. They felt drained.

He stretched out a hand that I totally ignored.

“I’m sorry. I should not have brought you up to the stage. You seem bit nervous.”
I didn’t speak anything but my anger started to dissipate. I nodded at him and turned back holding Preeti.

“Thank you once again. You were really nice on stage.” He lowered down and laid a quick kiss on my cheek. The skin burned where his lips touched. My eyes inflated round.

He left while we were still slack legged.

All of sudden Preeti started to giggle loudly. I looked at her angrily but she continued her laughing.

“Stop it, Preeti. Enough.” I said scrunching my face.

The day was over. I suppose I was the only one disappointed in the bus sitting grumpily peeping out of the window. Everyone else in the bus, specifically girls kept rambling on about him.

The following day was relaxation day. College remained closed. Everyone had worked really hard for Annual Function. They much deserved a day off. Even I was tired too. Three big mugs of coffee were boosted down to start my morning. I was like old engine kept whole night outside in the snowfall; no matter how much rev it up, it won’t go before you give up your patience and kick at the brake hard.

I staggered from bed. The day was empty and slow. By the afternoon, I had literally nothing to kill my time. I logged in to Facebook. It was a very long time that I used my account. I got kind of detested towards it. In fact I loathed everything that connected me to Arnav.  I removed him from my Facebook account. Even I deleted his each and every message along with number from my mobile. But the numbers were punched at deep core at heart that I might forget my number before his, if I ever get senile.

My page was full with updates and corners were flourished red poking cues at notification, message and friends button. But the thing that amazed me and made me to dial Preeti was, there was a person who got recently added to about everyone from college.

“Hello.” She spoke with mouth full of food probably.

“Hmm..No. Why? What happened? Did they deleted our account?”

“No. Just..you log in. You will know by yourself.”

The minute of her was too long, about five minutes in my watch.

There was a ping in the screen. “Pretty Preeti is now friends with Maddy.” There was an update in a semi-transparent auto disappearing box at the down left corner.
“Preeti. You also..” I had no words to speak.

“Hey Babes! what’s wrong? What makes you so upset?”

“It’s fine. Whatever he did yesterday he shouldn’t have. Still it was just a..a..a misfortunate accident.”

“Accident? He kissed me. Was that also an accident?” I hushed my voice.

“Ooops. You are still angry over that. Come on! That matter is over. And I promise he won’t ever kiss you like that. I will tell him that it’s offensive to kiss a girl like that on cheek. Whenever he feels like kissing, he can kiss our Ava on lips.” She giggled more and I hung up the call.

Then there was another update. “Maddy wants to be friend with you.”

I folded the laptop screen and plugged out it off the power. I didn't know what was triggering my anger? I was gradually and unreasonably becoming an ornery and ill-tempered.

The next day we were sitting in college cafeteria. Preeti left to order and I sat alone in a corner table. There was usual crowd, like it always had. Suddenly the noise was turned into a hushing silence. I could now hear only some gushing, gasping and snarling voices. I turned back and there was this grand entry of our star into cafeteria, dressed in a half sleeve white shirt, purple trouser and blue sneakers. Even in those peppy clothes he carried a rockstar appeal.

His looked around, his eyes fishing through each table till it stopped at ours. I flinched back and concentrated on the book I was holding. I didn’t want to do anything to invite that menace over here.

But I was definitely a fool to think that he would need an invitation. His legs stopped next to the table, that’s the only I could see without rising my gaze.
“May I have a seat?” His voice was swift and airy like a set of arrow crossing the wind.

I glanced up at him, with hooked eyebrow in clear denial. He ignored it and turned a chair next to me in half circle and leaned on it. Preeti came with a tray of food and two cokes.

“Hey..Maddy. You are here?” She was delighted with exhilaration.

“It’s Preeti.” She was still star stuck even when he got her name wrong.

I stared at them contemptuously, my eyes moving from Maddy to Preeti and again reverted back to Maddy; anguish- beguiled- contempt- emotion, shifting from one to other.

Maddy moved to me. “How are you doing, Ava?” He asked me.

“Fine.” I chewed the words.

“How are you Maddy?” Preeti interfered.

“And you got admission here?”

“Good. If you have any problem then we are always there to help you out.”

“That’s so nice of you.” He calmly obliged flashing another wide grin.

He has floury skin tone; not too fair like Arnav but it’s all warm, shiny and smooth. His face is diamond shaped with a pointed chin and a sharp nose settled down the pair of bushy trimmed eyebrows. His eyes almost cease to a line within folds of skin when he laughs too hard and the iris was jet black yet melting and fluid; not frozen unlike the pair Arnav owns. And his hair falls lose brushing over his forehead; not clean gelled like...Oh! Stop it. Stop comparing every boy with Arnav. I admonished myself.

I flipped back to the book in hand sipping from the coke Preeti had brought and giving them space to talk. They did talk some nonsense further that I didn’t give attention to. Still I could feel his piercing gaze bouncing between me and Preeti continuously. I was sick of it. I just wanted that fake star to leave my side. I even hate the sight of him.

A phone rang. He flashed out a mammoth size tab from his bag; approximately 20 inch long and 12 inch wide. 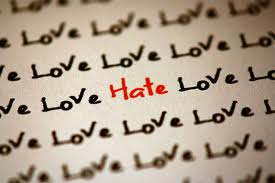 He answered the call with some yes and silent nods. After the call was end, he faced back to us. “I need to go now. It’s nice hanging out with you guys. Hope to see you more often. Bye, Preeti. Bye, Ava.” His eyes gripped mine for a while.
I forced a bland smile and he left us to our sanity.

Email ThisBlogThis!Share to TwitterShare to FacebookShare to Pinterest
Labels: two stars and a moon